Skidisti is a short film initiative for children, launched by the Finnish Film Foundation, AVEK (The Promotion Centre for Audiovisual Culture) and the Finnish Film Contact, that started in 2008 in the form of a script contest. The winning teams and their projects were granted script support, and they developed the scripts further with professional dramaturgists. The six high-quality Finnish children’s short films that were finished in late 2009 are an excellent example of a well-planned and thoroughly carried-out development project in Finnish film.

Children’s film in the center of attention

For a number of years, promoting Finnish children’s film has been a special focus for not only film makers and financiers but also for the Ministry of Education; the ministry has increased both visibility and appreciation of children’s and youth films and cooperation between schools and the field of film. The main distributor for Skidisti films is the Finnish Film Contact; on television, the films are distributed by the Finnish Broadcasting Company YLE, which makes the films available to the public. The educational material made to be used in conjunction with the films is available for all Finnish preschools and schools.
Miia Haavisto, a film commissioner at the Finnish Film Foundation, tells us that the organizers of the initiative wanted the films to be made specifically for children and that they wanted to avoid financing films that would just portray children. Together with Pia Andell, a production consultant at AVEK, and Leena Närekangas, the then managing director of the Finnish Film Contact, she wanted to make sure that there would be both girls and boys among the heroes of the six films so that the films could be used for as many purposes as possible and they would be interesting for different types of audiences. They purposely chose films with difficult subjects, such as losing a loved one, bullying and being different. According to the feedback gotten from the target audience of the Skidisti films, the films evoke strong emotional reactions in children; the reactions range from joy and laughter to feeling empathy and sorrow.
Recently there has also been international demand for Finnish short family films. One can witness this at international short and documentary film festivals. Finnish children’s film production might have focused too much on feature films over the past years. Filmmakers and producers are, however, more and more interested in making short films for children. Film commissioner Haavisto finds that the greatest challenge lies in distributing the films so that both children and their parents find them.
The Skidisti films consist of Gorilla, which tells about the roles of girls and sisterhood, The Training Weekend (Treenilaji), a film about an encounter between a weekend dad and his nine-year-old daughter, My Superhero (Supermään), a film about a boy named Oskari who lives in the countryside, an intergalactic animation titled The Cosmic Avenger (Kosminen kulkuri), Monster Birthday (Päivänsankari), a documentary about a six-year-old Mimmi, and Veeti and the Beanstalk (Veeti ja pavunvarsi), a film which combines fantasy animation with the everyday life of a little boy. 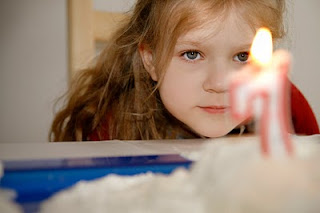 Monster Birthday, directed and written by Marika Väisänen, is a stylistic sequel to the director’s previous film, a short titled Home Away from Home (Sylistä syliin, 2008), which combined animation with documentary storytelling. For the past couple of years, the documentary has been one of the Finnish short film hits at international film festivals. Using different narrative tools has always come naturally for Väisänen, and already in her graduating film (Whole Woman / Koko nainen, 2004), she used comics as one of the elements.

“I decided to use animation in Monster Birthday, as the main character experiences the world so strongly through her drawings and likes to get lost in her imaginary world. Without animation, I would have missed an important level in the film,” Väisänen tells us.

The main character of Monster Birthday is a six-year-old girl named Mimmi, a preschooler with a lot of pastimes and a vivid imagination. Despite being cheerful and lively, she is worried. She has had trouble making friends with children her age. Soon Mimmi will turn seven, and for the first time in her life, friends will also be invited to her birthday party. Through the planning of her party, we follow the story of a little girl and her longing to be accepted.
When Väisänen started making the film, the most important thing for her was to portray the children’s world in a way children could relate to. “I made my film primarily for children, but I’m happy if my film also touches adults. I wanted the main character to sound like a child, even though she might sound naïve to adults. I believe, however, that she is easily understood by children,” Väisänen continues. She also reminds that she is not afraid to show the darker and sadder sides of life in her films. “I want people to chew on and think about the things they see in my films.”
By Otto Suuronen
(released as a part of Finnish Short Films 2010 -information magazine in January 2010. Published by The Finnish Film Foundation / editor Satu Elo. Translation by Aretta Vähälä.)
Lähettänyt Otto Suuronen klo 11.34