Current Situation
Despite limited resources, Finnish short films are doing well at international festivals. The short films that the Finnish Film Foundation has been promoting internationally have received a notable amount of visibility during 2010 at several internationally significant film festivals and at other film events. Compared to 2009, the volume of exported films has increased, specifically in the genres of short and documentary films. The successful cooperation of AVEK (The Promotion Centre for Audiovisual Culture) and the Finnish Film Foundation to advance the cultural export of short and documentary films has guaranteed an international audience for a genre that in Finland remains marginal. The audiences at international film festivals are a significant addition to the annual number of viewers of Finnish films.

In 2010, the Finnish films that were screened the most at international festivals were Iris Olsson's praiseworthy short documentary, Between Dreams, Hamy Ramezan's award-winning short film, Over the Fence (Viikko ennen vappua), Kaisa Penttilä's action-packed animated short film, The Egg Race (Munaralli), Jouni Hokkanen's Kinbaku - Art of Bondage (Kinbaku - sielun solmuja), an introduction to the Japanese art form, and Hannes Vartiainen and Pekka Veikkolainen's Hanasaari A and The Death of an Insect (Erään hyönteisen tuho). Another sign of a successful year is that in early 2010 the world's most important short film festival in Clermont-Ferrand, France, screened a record number of Finnish short films. Also other world-class festivals, especially Sundance and Berlin, have in recent years screened several Finnish short films. 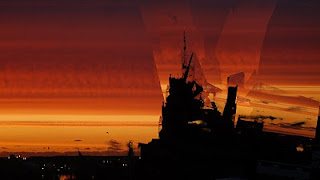 Hannes Vartiainen & Pekka Veikkolainen: Hanasaari A (2009)
Case of Hanasaari A
For the past two years, the Finnish short film that has gained the most attention abroad has been Hanasaari A, directed by Hannes Vartiainen and Pekka Veikkolainen. The story of the destruction of Helsinki's old coal plant and the irreversible change in the cityscape received the Risto Jarva Award at the Tampere Film Festival in March 2009. Qualifying for the international competition was a major accomplishment for the young film makers and the 10 000 euros in prize money gave them several extra months to develop their next works.

Despite the success in Tampere, Hanasaari A's international breakthrough didn't happen over-night. The doors of important film festivals began to gradually open in the summer and autumn of 2009.  During autumn 2009, the film was seen, among other places, at the Short Film Festival in Drama, Greece, the Nordisk Panorama in Reykjavik, Festival du Nouveau Cinema in Montreal, the Lübeck Nordic Film Days, and the Plus Camerimage in Lodz, a festival that emphasises artistic merits when making its film selections.

Festivals have provided useful networking opportunities for Vartiainen and Veikkolainen and they have met many key people on the film festival circuit as well as other film makers. According to the pair, it has been a rewarding experience to see their film with different kinds of audiences. "It's great that the Finnish Film Foundation and AVEK sponsor the festival trips. Then it's pretty much up to the film makers themselves how they take advantage of the opportunities that are given to them. It's been a delightful surprise that our film has found an audience and been in demand all around the world. We didn't dare expect anything beforehand. Our festival tour has been a year and a half long series of happy surprises," Vartiainen and Veikkolainen summarise.

From Clermont-Ferrand to Hong Kong
In the past two years, Hanasaari A has been screened at over 50 international film festivals. This is partly due to the fact that the film's form has enabled it to be selected for both documentary and animated film festivals as well as for festivals devoted to experimental films. In 2010, the most significant festivals Hanasaari A was seen at were the Clermont-Ferrand short film festival in France, the Full Frame Documentary Film Festival in the United States, and the internationally regarded Hong Kong Film Festival, where the film won the Grand Prix for Best Short Film. It has also received honourable mentions in Germany and Spain. For Vartiainen and Veikkolainen, the Clermont-Ferrand festival was one of the most memorable.
"Clermont-Ferrand is in a class of its own as far as festivals for short films go. I doubt there's another festival where the early afternoon screenings of experimental films are sold out," Vartiainen and Veikkolainen marvel.

The directors of Hanasaari A have broadened their knowledge of films by open-mindedly watching a lot of new films by other film makers. When festival schedules have permitted it, the pair have introduced their film before each showing. "It's been fun talking to people after the showings. Jury members who have voted for Hanasaari A have come over at festival clubs and airports to explain why we didn't win," the pair say with a laugh. 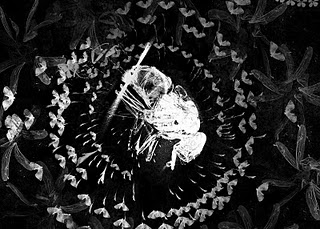 
The director duos newest short film, The Death of an Insect (Erään hyönteisen tuho), had its international premiere at the Venice Film Festival in September. During this past autumn, it was seen at almost twenty leading short film and documentary festivals. Both men have once again been enthusiastic guests at many of the festivals.

"The film has aroused interest all over the world. We did decide right away that we wouldn't make another film like Hanasaari A, but rather something different."

Otto Suuronen
The writer is an assistant at the Finnish Film Foundation / International Promotion - Short and Documentary Films.